After the funding, what comes next? In our case, an institutional review board (IRB) approval trumps hiring staff. Knowing that our study will not be exempt from IRB review, and knowing that video-based studies have additional risks because of confidentiality, anonymity, and coercion concerns, we elected to apply for IRB approval first. Our study will not be conducted at the University of Michigan (UM), but as the UM is the home institution of the investigators that are providing funding, and will be providing data storage, we start there. A single IRB of record will be required starting in 2020, but for now, we will also have to get IRB approval from the participating site, Henry Ford Health System (HFHS).

So the good news is that we got IRB approval from UM. Yay! I think having done a previous video reflexive ethnography (VRE) study at UM helped us get IRB approval without undue delay. Working with another institution as we are now though means learning about the IRB process at that institution. When you’ve worked through one institution’s IRB process, you’ve worked through one institution’s IRB process. There is no uniform process or template that can be applied across sites. For example, the IRB site at HFHS is internal, so I asked our collaborator at HFHS to download the forms for me. After filling out the forms, I returned them to her, and she had to upload the forms on the internal IRB site. Our collaborator is a clinician and administrator, so I could not expect her to fill out the forms herself. As of last week, that was done so now we wait for HFHS IRB approval to start the study.

We’ve been engaged in two other activities, to make good use of our time. First, I posted applications for research assistants on the UM job site, one of which is for a videographer. Although the video recording itself can be done by anyone with a smartphone or in our case a HERO GoPRO camera, the editing process requires time and skill. People tend to focus on the “video” of the video reflexive ethnography methodology, but the learning and insights come from the reflexivity sessions, which have to be time-limited to accommodate busy clinicians’ schedules. Showing 10 or 5 or even 2 videos from start to finish during a reflexivity session can take up an hour or more (depending on the video length) leaving no time for reflexivity to occur. Moreover, the emphasis of a VRE study is usually on a single practice that happens sometime during the video, not the entire video itself. By editing each video to highlight the specific practice under investigation, and then cobbling together 2 or 5 or even 10 videos that show that practice over and over into one longer video clip, themes surrounding the practice emerge and then reflexivity session participants can comment on the themes. Ideally, only about 20 minutes should be spent in viewing the video, and the rest of the time should be spent in discussion to identify the strengths and limitations of the specific practice, and possible strategies to improve the practice.

Second, study co-investigators and I took a trip to HFHS to meet with our collaborator there and the two pharmacists who have agreed to participate in the study. HFHS is built around a very large community hospital in Detroit, and the place was extremely busy when we were there, even at 10 am on a weekday in August. The ambulatory oncology clinic is on a separate floor within the hospital itself and seemed to be as busy as the hospital itself. We first met with our collaborator and the two pharmacists in a lovely new atrium on the first floor. I provided a study overview and then described specifically what was being asked of the two pharmacists. Co-investigators chimed in from time to time and luckily were able to answer many of the questions which had to do with oncologic diseases and medications of which I know nothing. Such is the value of having a well-rounded study team!! I was careful to emphasize that although the pharmacists had agreed to participate, we would still go through the informed consent process with both of them. I was also careful to state that they could change their minds at any time and that if they decided not to participate all they had to do was to let me know. They could even start in the study and drop out at any time, without having to give a reason. Consistent with the IRB approval from UM, this process also demonstrates “care” for VRE participants, one of the four pillars on which VRE is based. But talking about the four principles of VRE will probably be part of another blog entry! 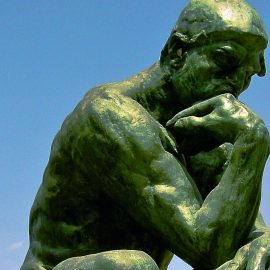 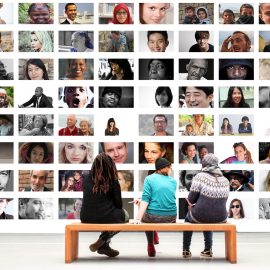 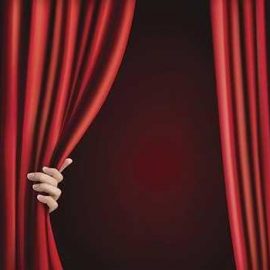 December Blog: What’s behind the curtain?